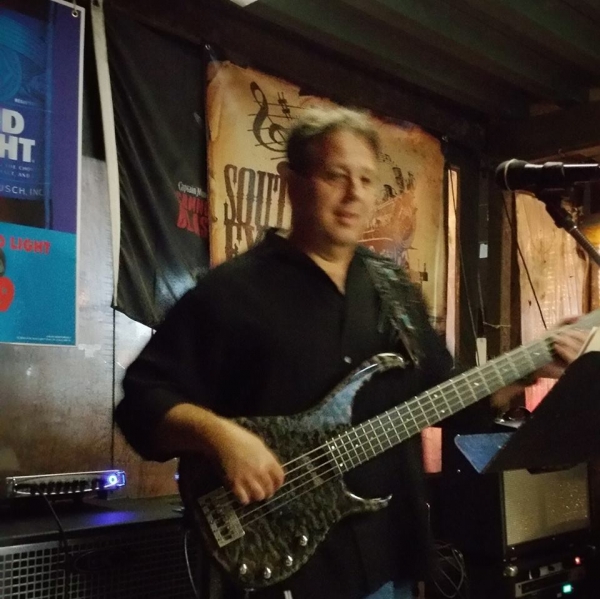 John was born in Philadelphia, Pa. In 1970, at age 7, he started taking guitar lessons. His father was an established song writer/composer and bass player in country music, which influenced John’s musical path.

John was introduced to many instruments in his childhood including guitar, bass, pedal steel, piano, organ, banjo and mandolin.

After moving to Ft. Lauderdale, FL in 1978, he joined the “Headwind” chorus musical group in High School playing rhythm guitar. In 1980, while working on his B.S. degree in Finance at Florida State University, John’s fraternity was forming a band to play for a social event and needed a bass player. He rented a bass guitar and amp to practice and play for the event and has been playing the bass ever since.

From 1989 until now, John has been playing in the Tampa Bay area. He has played in several local bands and is currently performing with the Southern Express Band.

One of the highlights in his musical career includes playing at the World’s Largest Indoor Country Concert after co-winning a battle of the bands sponsored by Tampa’s WQYK radio station. His band Pheonixx, and another local favorite Dave Spiegel and Lone Rider opened for Garth Brooks, The Judd’s, Alabama, Restless Heart, Sawyer Brown, K.T.Oslin, Ray Kennedy and Roger Miller in front of a sold out crowd of 55, 000 at the Sun Dome in St. Petersburg, FL.